A Day in Kuala Lumpur 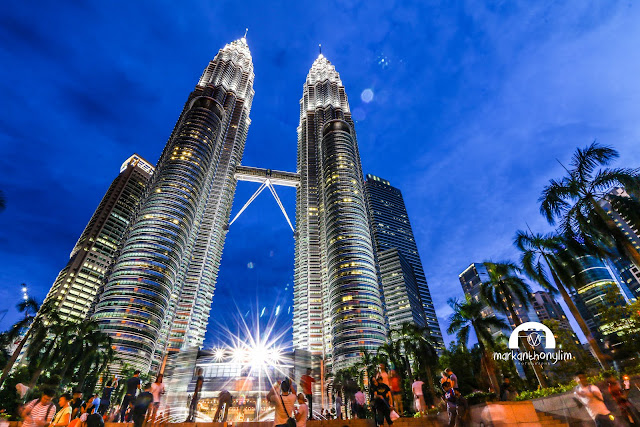 Which of my photographs is my favorite? Tag along with me to find out! I have strategically mapped my itinerary for this adventure. I did my homework and researched about the notable tourists spots in Kuala Lumpur. I only have less than 24 hours to move around the city therefore, the key to this bold quest was to master the route maps and the modes of public transportation. The game plan was to get to these spectacular places fast, capture visually arresting photographs and experience the splendor of the Garden City of Lights! There is always something to relish in all of these adventures especially for a lone backpackers like myself. I have learned to appreciate the solace of travelling by myself. Navigating the cityscape proved to be quiet a challenge. A day in Kuala Lumpur is ridiculously tiring but with the consolation of a gratifying street photowalk. Join me in this adventure to Kuala Lumpur and let our desire for wanderlust surprise us!

Realizing that I have so little time to flag all the places that I have chosen for my Kuala Lumpur adventure I have taken upon myself to religiously follow my strategic plans. After my last grueling shift, I packed my bags and headed to the bus station. I arrived at around 10:30pm to catch the 11:00pm trip. Fortunately there were still available seats left. We were asked to get on the bus ten minutes before departure. They designate the seats for passengers which was so convenient. They offer individual seating options as well. The massage coach seats are perfect for long trips. You could comfortably sleep and feel completely invigorated. I was so glad to get one of the seats because I have to painstakingly endure a five hour bus ride via the Starmart Express. You can catch them at the Golden Mile Complex, near the Nicoll Highway MRT Station. 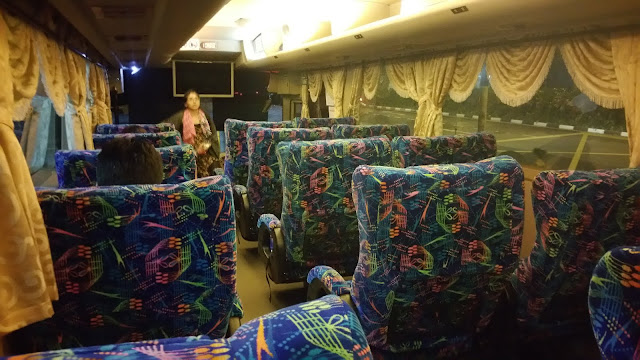 Before crossing the Malaysian border the bus had to make a second stop at Tuas point. We had to get off the bus to get through immigration. It was very brief and fast. The bus had to make another stop at the immigration checkpoint of Malaysia. Like soldiers in a battalion we had to do the drill once again. All of us had to get off the bus for measure and lastly had our passports stamped - "ARRIVED". The routine checks are quite cumbersome for most, but it is something that every tourist should go through. The tight schedule and the last excruciating shift that I just had took a toll on me. I was swamped. I really wanted to sleep so badly. I spent the last four hours of the trip dreaming of the adventure that will commence once I arrive in Malaysia.

At exactly 4:00am, I arrived at Berjaya Times Square. It's one of the biggest shopping center complexes in Kuala Lumpur. It was too early for the establishments and the stores to open so I had to wait patiently before the monorail is available. I had to make use of the extra time while waiting so I used Google maps just to check the place. I was apprehensive at first to look around because the streets and some of the alleys were not well lit and dismal. I reached Bukit Bintang. The area has a long been Kuala Lumpur's renowned retail belt. You'll find some swanky bars in the area as well. 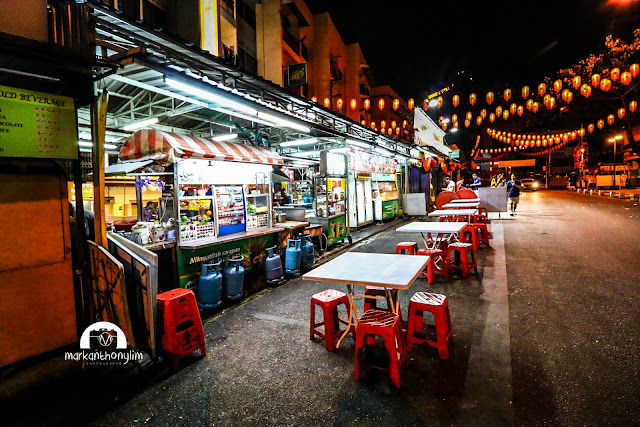 Since it was not part of my itinerary I opted to move along until I stumbled upon one of Kuala Lumpur's food havens - Jalan Alor! If you want a taste of the best street food in KL, this is the place to be. Rumor has it that the best culinary delights that Malaysia has to offer cannot be found at the upscale restaurants and diners. The go to place are the streets. The hawker stalls offer a wide variety of interesting dishes which represent Malaysia. Jalan Alor comes to life when the sun goes down where locals and tourists enjoy! I had breakfast at a local fast food restaurant to finalize my itinerary and estimated each time frame that I will allot for each site that I need to flag. 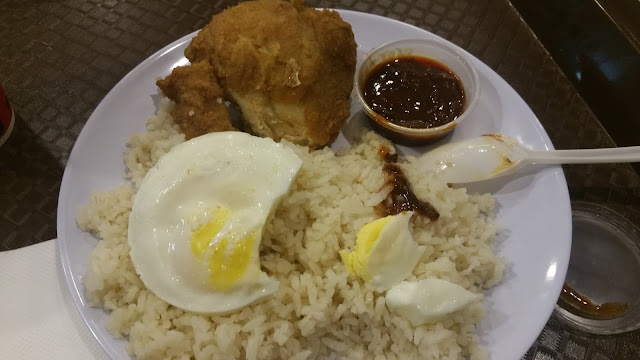 At exactly 6:00 am, the monorail station opened. Since it was my first time in KL, I spent some time figuring out how to go through the process of boarding the train. Travelling around KL thru public transportation is simple because of the signages posted in each corner. I got my ticket through the rapidKL ticket machine, entered the platform using the blue token and boarded the train going to the main railway station, KL Sentral. 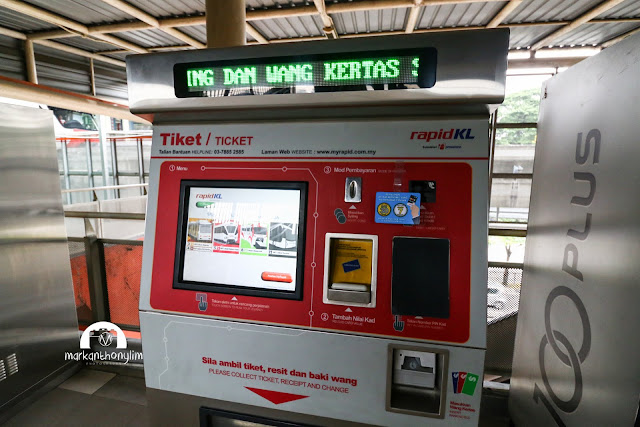 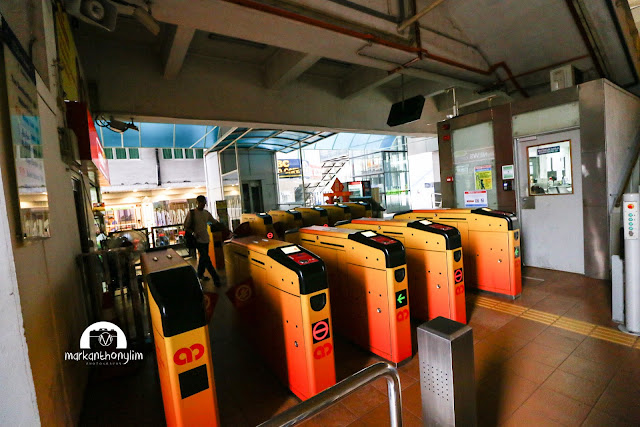 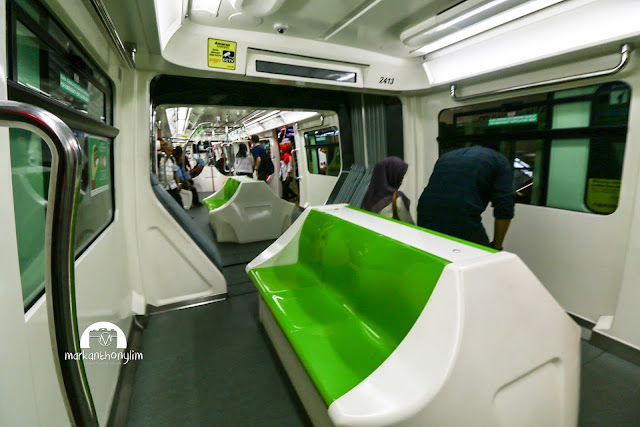 KL Sentral is the largest transit hub of Kuala Lumpur. It offers a wide range of connectivity linking the different areas of Malaysia. From there, I also had my ticket and boarded the train going to the Batu Caves. 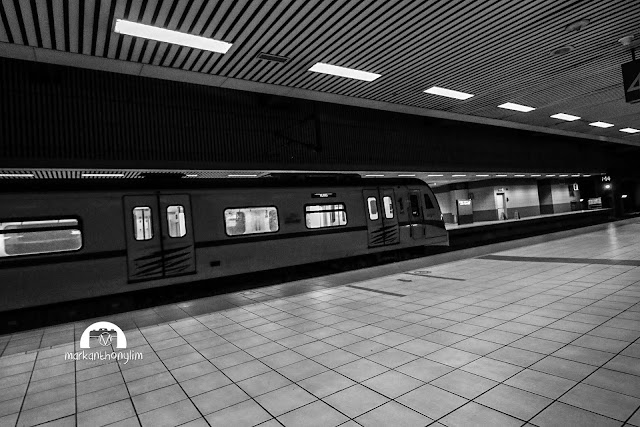 To get to the Batu Caves, you need to take a 30 minute train ride from KL Sentral Komuter MRT Station and get off at the Batu Caves Station.

Even before reaching the tourist spot, you would be in awe to see the magnificent colossal statue situated in the facade of the Batu Caves. Such a delight for travelers. Moreover, you don't need to spend a single nickel. Enjoy the splendor of the site for free! 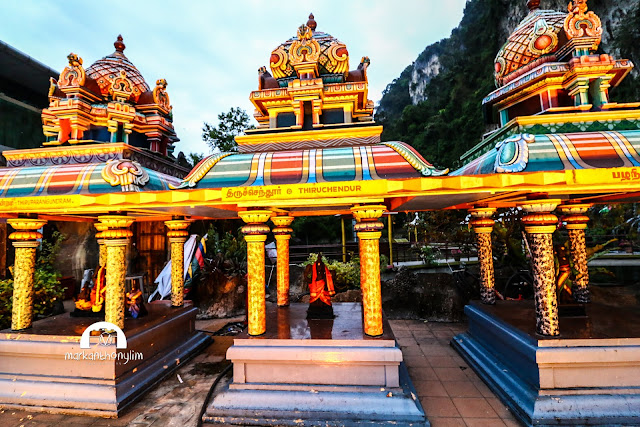 Batu Caves is a limestone hill that has a series of caves and cave temples in Gombak, Selangor, Malaysia. The cave is one of the most popular Hindu shrines outside India, and is dedicated to Lord Murugan. It is the focal point of Hindu festival of Thaipusam in Malaysia. 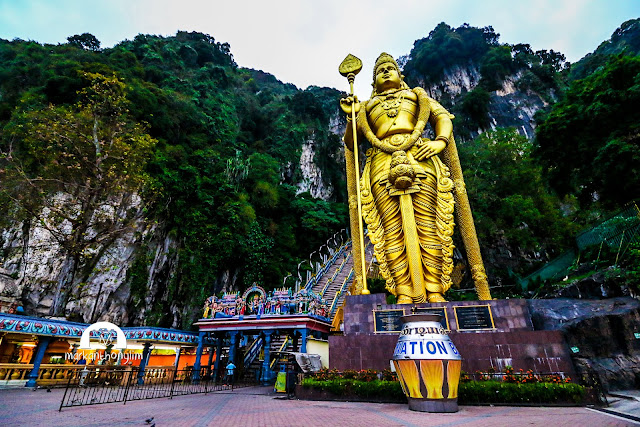 Lord Murugan Statue, the largest in the world.

I walked around and took some photos. I was amazed by the structures that can be seen around and also felt the sincerity of the people who practice their faith and tradition. Beside the statue of Lord Murugan is the 272 steps steep flight to the main temple of Batu Caves referred to as the Cathedral Cave, one of the 3 caves that can be found here. 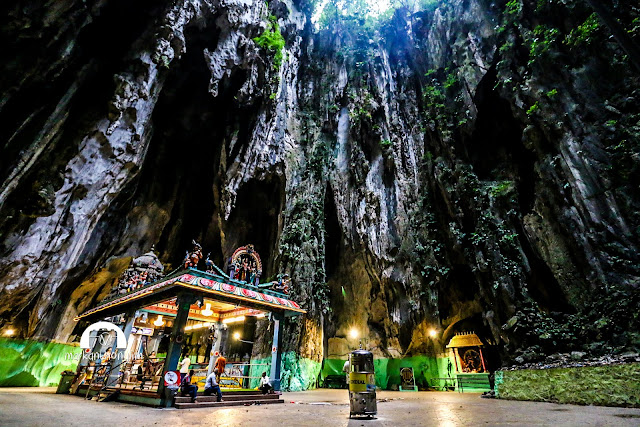 Inside the Cave, the Cathedral Temple

The steep climb was very tiring one to start my day in Kuala Lumpur. It was astounding inside seeing the natural caverns and different statues situated at the corners of the cave.

After few minutes of looking around, I decided to go down, rested and sat for a while and watched the birds as they flocked together in front of the caves. 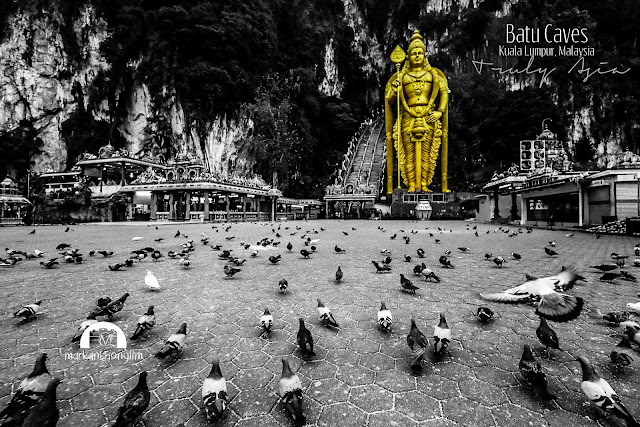 After the one and a half hour tour, I went back to KL Sentral to start my photo walk on the streets of the Brickfields or Little India. 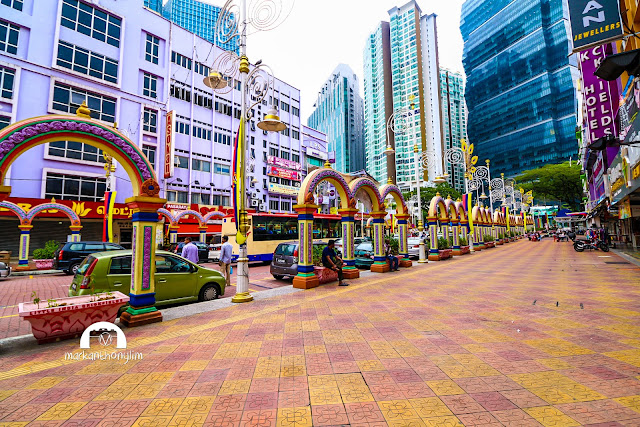 Little India of Malaysia is situated just beside the KL Sentral MRT and Monorail Station. It is the focal point of Indian Colony in Kuala Lumpur where you can buy plenty of Indian stuffs and try some Indian cuisines.

Next to my list is the Petaling Street, a Chinatown located in Kuala Lumpur that is always crowded with locals and as well as tourists. The place has dozens of food stalls and restaurants that serve local cuisines and also offers cheap items like key chains and t-shirts. You can get the best deals for souvenirs on your Kuala Lumpur's visit. 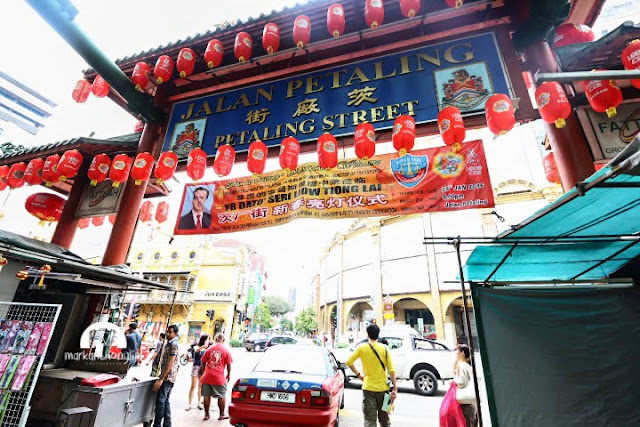 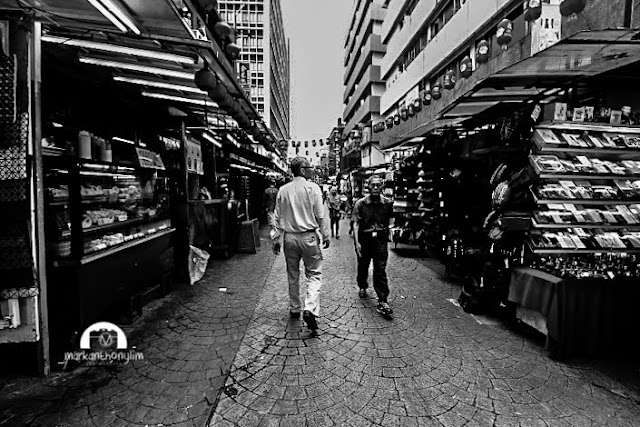 Different stalls side by side.

It's almost lunch time when I arrived at Chinatown and decided to have my lunch. All the restaurants that were recommended in the internet were closed that time so I tried other stalls and chanced upon the most scrumptious Pork Ribs Rice plated in a sizzling pot. 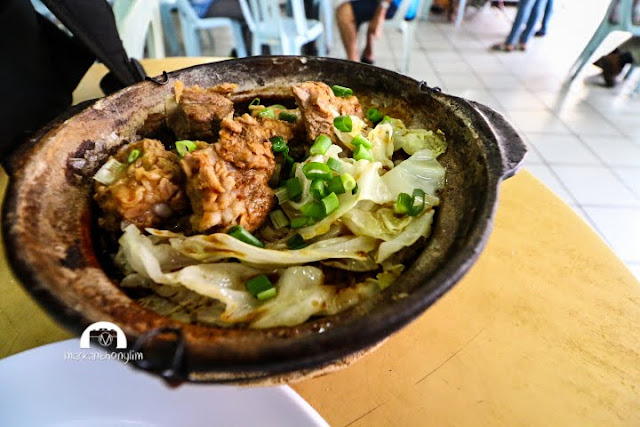 I walked around looked for any items to buy and took some photos. After a short walk, I headed to Kasturi walk and the Central Market where you'll find cheap souvenirs and enjoy local street food that you can savor while strolling the busy streets. 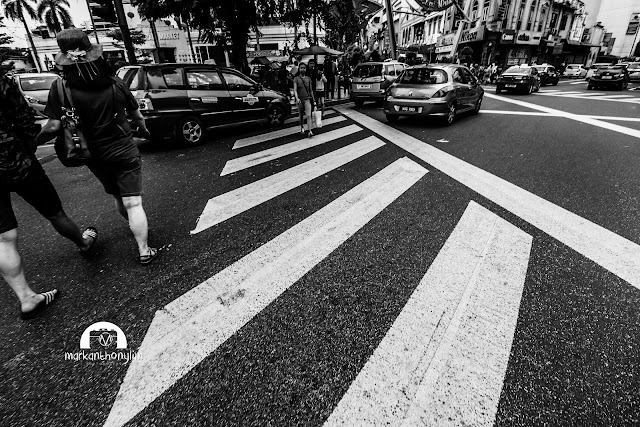 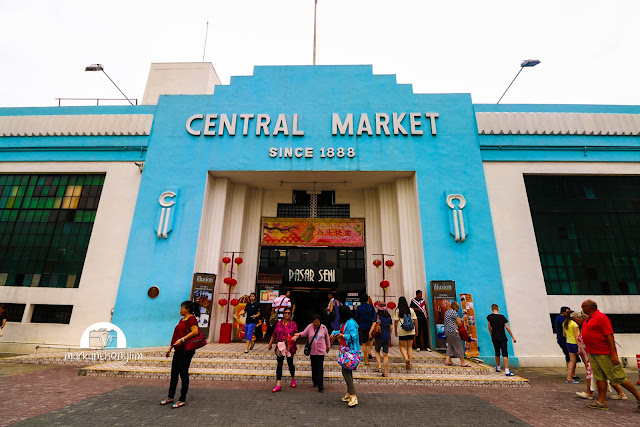 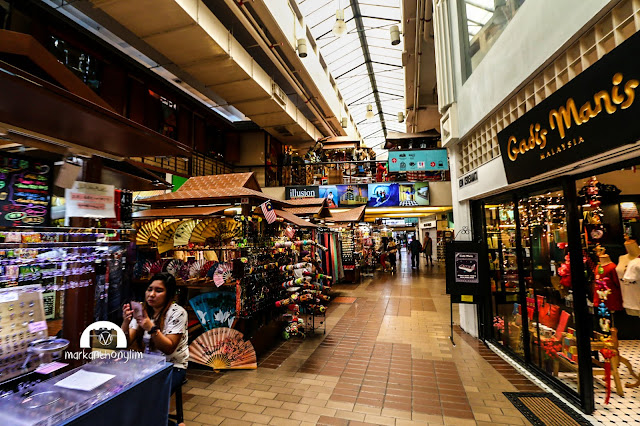 Inside the Central Market

After grabbing a quick bite, I walked straight to the path of the historical interest of Kuala Lumpur - The Independence Square.
You will see the Jamek Mosque, one of the oldest mosques in Kuala Lumpur along the way. 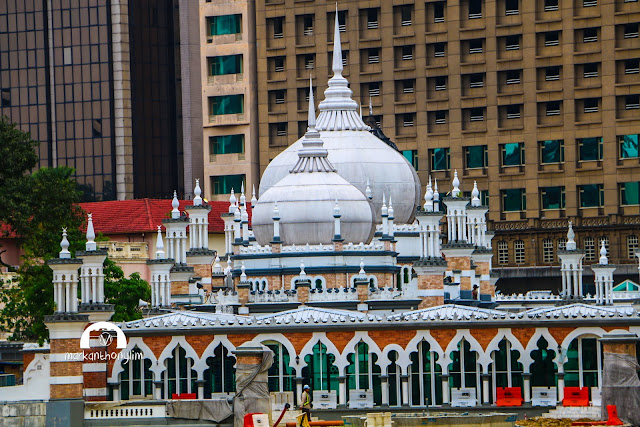 Just around the corner is the building of Bangunan Sultan Abdul Samad in front of the Dataran Merdeka, which consist of historical structures of Kuala Lumpur such as The National History Museum, Muzium Negara, Kuala Lumpur City Gallery, St. Mary's Anglican Cathedral and the 95 meter flagpole of Malaysia, one of the tallest in the world. 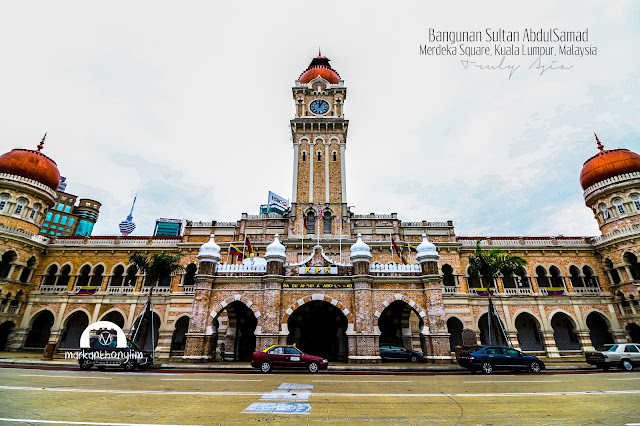 After enjoying the monumental structures, I decided to visit Kuala Lumpur City Center where the Petronas Twin Towers are situated. I spent the remaining hours at the Suria KLCC Mall and waited for the sun to set to relish the focal point of my photowalk. 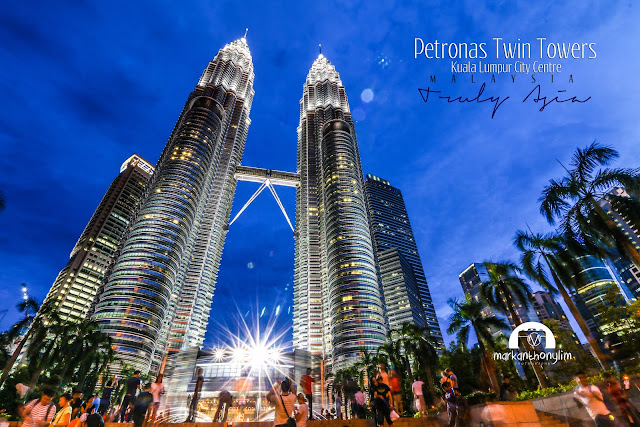 And there it is, the lights were all lit up and I was so mesmerized with the view of the cityscape of Kuala Lumpur. There were light shows and fountains that waltzed with the music in the background. It was the perfect scenery to cap my adventure in Kuala Lumpur. 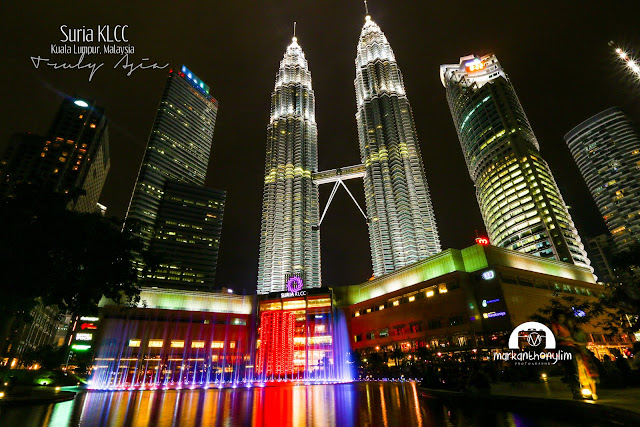 Around 8:30 pm I left the KLCC via LRT going to Dangwani station - a connecting station to monorail station via Bukit Nanas station and arrived at Imbi Station at around 9:00pm. I was in a hurry at that time because I have to catch the bus at 10:00 pm bus at Berjaya Times Square going back to Singapore. Despite being in a constant rush I still managed to quickly visit and see the night activities at Jalan Alor Street. 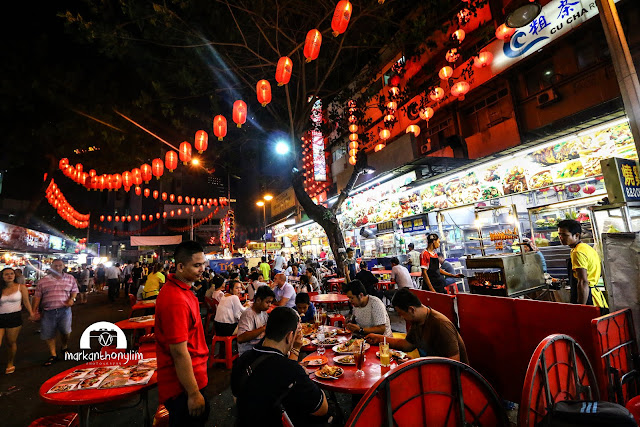 I decided to sit for a couple of minutes in one of the restaurants in Jalan Alor. I had my dinner and ordered for their famous grilled chicken wings and the chicken satay with their signature peanut sauce! 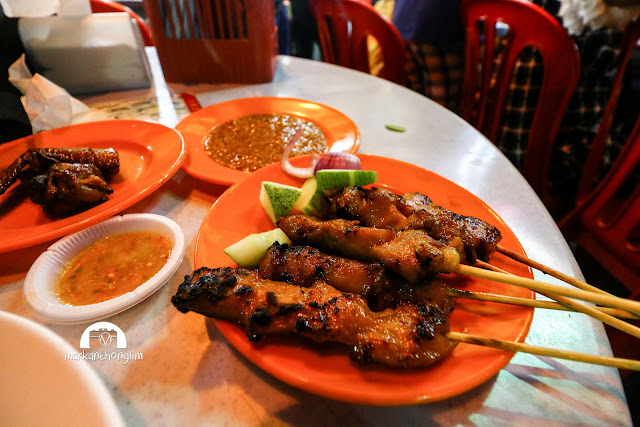 I waited for the bus until 9:45pm at the BTS station. About 30 minutes past the hour of ten o'clock in the evening, the bus departed and we arrived at the Golden Mile Complex in Singapore at exactly 3:00am. I finally arrived home after 30 minutes.

Although the trip was very exhausting, I can say that Kuala Lumpur is worth travelling. I will definitely recommend this to all of my friends and the people who are interested in discovering the beauty of Kuala Lumpur, one of the New Seven Wonder Cities of the world.

Thank you for travelling with me, until the next journey! Truly Asia! 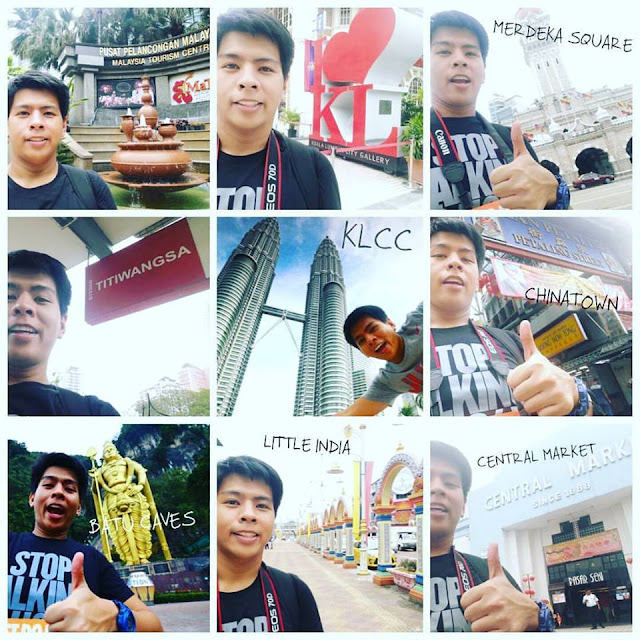 "A person does not grow the ground like a vine or a tree, one is not part of a plot of land. Mankind has legs so it can wander."
-Roman Payne 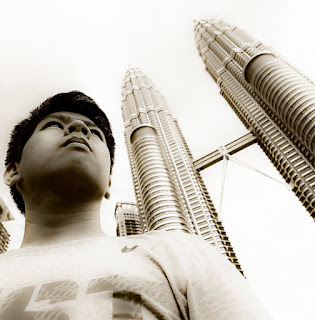